The 21st floor of the glass Legg Mason tower seems like the optimal place to chat with Scott Plank, CEO of real estate development firm War Horse LLC and former Under Armour exec. The company’s Harbor East office affords sweeping views of the harbor, including many of its projects. Scott points to Anthem House, a 292-unit apartment complex underway in Locust Point. To the east is the long-vacant Recreation Pier in Fells Point that will become a luxury hotel late next year, managed by Montage Hotels & Resorts. War Horse has teamed up with Sagamore Development, backed by Scott’s younger brother and Under Armour CEO Kevin Plank. Scott left Under Armour three years ago to start War Horse, which has offices in Baltimore and San Francisco. In this interview with Bisnow, he provides an update on his real estate projects, including the hotel, Belvedere Square and Cross Street Market.

The Fells Point Recreation Pier has been vacant since 1999, when it was used as a filming locale for Homicide.  Bisnow: Tell us about the $60M Rec Pier hotel and Montage  Scott: The group that developed the Montage, they are an amazingly fun and exciting group of hoteliers. We met them a couple of years ago, and I always thought it would be fantastic to work with them. With the Rec Pier, we can be a little bit more fun and a little bit more Baltimore. Being on a pier is just unparalleled. Think of anywhere in the world where you can put a hotel with a pool out on the water, so every room is surrounded by water. It creates a wonderful connection to the harbor and to the Chesapeake Bay. Bisnow: How will the hotel reflect Baltimore? Scott: There’s a second-level ballroom that is being restored to the beauty that it was. That was a gathering spot for the Fells Point community, different ethnic groups. There’s a big arch in the front that will be glassed in so as you’re walking by or sitting in a bar across the street, you’ll be able to see what’s going on in the Rec Pier hotel. It’s fun and exciting. Bisnow: You purchased the former Celie’s Waterfront Inn B&B for $1M. Will that be a part of the Rec Pier hotel? Scott: It’ll be part of the hotel. We’ll be renting out rooms and use it for administrative space for the hotel. Imagine coming in for a wedding or event, you can take the whole building at Celie’s. It really provides a fun alternative for that event business that we feel very confident is going to happen there.

Bisnow: Belvedere Square underwent a renovation last year and attracted new tenants. Anything else planned for the North Baltimore market? Scott: A women’s high-end workout shop called Vita just opened. We have an eyeglass group moving in [Optical Fair]. We have a great partnership with the Senator. We put in a big marquee for what movie is playing at the Senator, so customers can think about it as dinner and a movie. Bisnow: Why did Cross Street Market pique your interest? Scott: I just look at the Baltimore City markets as such a great opportunity, particularly as folks move from out of town. How can we create a national story on what Baltimore has to offer? I look at that Millennial and young family coming to Baltimore, and it’s such a great opportunity because markets are family places, whether you’re going to buy groceries or sit down and have a meal. We’re working with the city now to figure out how much it will cost to redevelop the market. The most important thing is we can deliver a rent that merchants can handle. Having that local food entrepreneur is so critical to the success.

Bisnow: What made you decide to leave Under Armour and start War Horse? Scott: Anthem House was the first piece of ground I bought prior to leaving the company. A lot of that was focusing my energy around making the Locust Point area a more vibrant place for Under Armour employees. As you’re attracting teammates into Baltimore City, there are so many options to offer them—more housing and gyms and restaurants and bars. You’re thinking of the different ways you can make the city more vibrant for them. The more we can offer those fun experiences, I think the more folks will move here. Bisnow: Are you concerned that the April riots will make Baltimore less appealing? Scott: It’s a national issue that many cities face. If we can shine a light on it and work on it… Bisnow: It’s something we can overcome? Scott: Yes.

This article was originally published in Bisnow on November 6, 2015. View its original posting here. 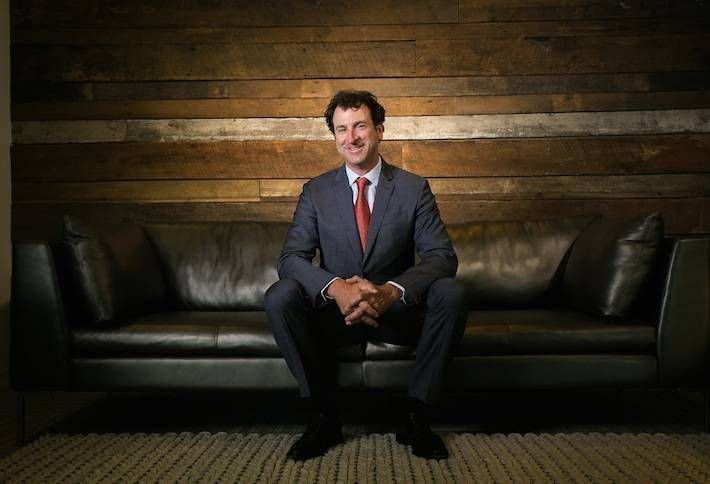