War Horse Cities is continuing its investment at the corner of Lawrence St. and E. Fort Ave, which borders Riverside and Locust Point, as it is currently renovating the former Rallo’s Restaurant at 838 E. Fort Ave. and the two adjacent rowhomes. War Horse, which also co-developed Anthem House across the street, is finishing up construction on A2 by Anthem House located in Rallo’s former parking lot behind the building.

Rallo’s made its home at the corner rowhome from 1941 to 2011 before the business was sold and renamed Big Matty’s Diner. The diner was later sold to brothers Nick and Steve Karvounis who spent a couple years on Fort Ave. before they relocated to Southside Marketplace and rebranded the business at Southside Diner. The brothers were bought out of their lease on Fort. Ave. by War Horse Cities.

The Rallo’s building and the two adjacent rowhomes served as a staging area and field office during the construction of Anthem House and A2. The properties and the former parking were purchased by War Horse in 2012. The former Thornton’s Pub liquor license was transferred to 838 E. Fort Ave. in 2015 as Thornton’s was converted into a residence.

Jim Mills of War Horse told SouthBMore.com that they are proceeding with a vanilla renovation of the former Rallo’s so that an operator can come in and add their own touches and design. The 4,064 sq. ft., two-story building could be laid out as a two-story restaurant and will have a back patio in the former parking pad behind the building. The space is currently being marketed for lease.

The two adjacent rowhomes are being renovated into two-bedroom homes with parking pads and finished basements. These homes will be available for rent and the tenants will be able to use the Anthem House amenity package which includes a pool, gym, dog run, elevated park space, and community gathering spaces. Mills expects the homes to be ready later this year.

This article was originally published in South BMORE on July 19, 2018. See it in its original post here. 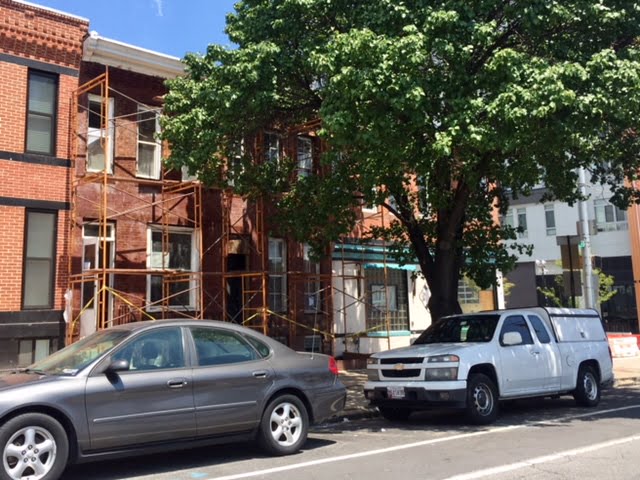