WINDOW ROCK, ARIZ. –  The Navajo Nation is looking at using new technology to help its people get much-needed supplies during the pandemic.

Officials are interested in using drones to help deliver supplies, such as medicine and food, to remote communities and isolated homes.

“A lot of our elders live out in remote areas,” said Navajo Nation Vice President Myron Lizer. “Being able to deliver insulin, you know life-saving medicines, in real-time, there are a lot of implications here – a lot of them positive.”

Vice President Lizer has been working to bring awareness to the drone initiative.

This past weekend, the vice president joined other Navajo leaders, the Native American-owned tech company, “Zappcare”, and unmanned aircraft company MissionGO in demonstrating deliveries with the “Healing Eagle Feather” drone.

Some delivery ideas they would like to pursue include:

“This is just the first of probably a few more test flights just to show the capability and the range,” the vice president said.

The vice president said it will be up to Navajo Nation leaders to decide if they want to fund this. For now, he hopes to get his initiative off the ground sooner than later.

This article was originally published on KOB4. To read the original article in full, click here. 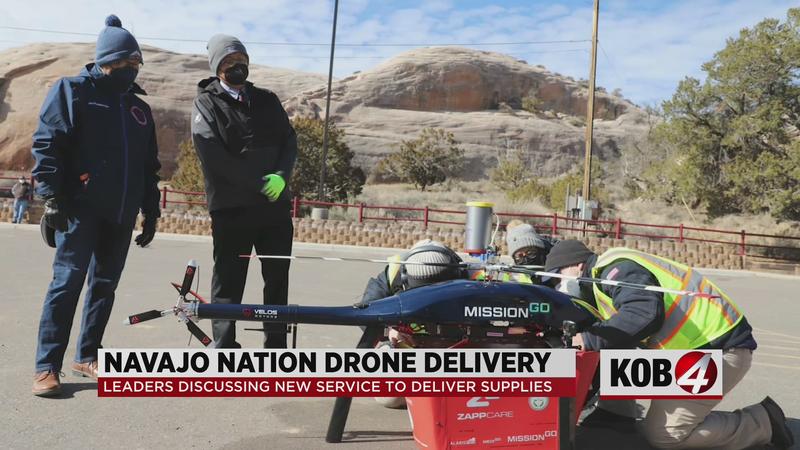