Scott Plank, who is CEO of developer WarHorse Cities and a UMD alum, brought The Hall CP to life. It will be a “a gathering place for artists, entrepreneurs and members of the university community,” noted a release from UMD. The soft opening of The Hall CP follows the arrival of the Capital One Tech Incubator and WeWork to the College Park area.

“The Hall CP stems from a long-standing relationship between War Horse Cities and WeWork, resulting in an incredibly simple and successful concept that similarly brought the arts and tech communities together in a unique way in San Francisco,” said Plank. “Now, we’re bringing that concept to the heart of College Park.”

At the cafe, lunch offerings include sandwiches like the Country Club, with aged cheddar, lettuce, tomato, hand carved turkey, bacon, and basil aioli; the Peruvian Chicken Salad, which is a mix of charcoal onions, lime dip on white bread; The Grilled Cheese – five cheese blend and seven-grain sprouted wheat; in addition to Short Rib Tacos and other creations.

The Hall CP cafe also offers breakfast. Smoothies, parfaits and wraps make up some of the healthy selections. Plus, some of the breakfast specialties include the Papa Johntay, which is a flatbread with scrambled eggs, bacon, chive, and sriracha, and The Egg King, with over easy eggs, cheddar, bacon, arugula, chipotle ketchup, and brioche.

Limited hours of operation (8 am to 3 p.m. daily) took effect during soft opening and will be extended at some point this month, according to an announcement. In the future, visitors will find easy access to The Hall CP via a new Purple Line stop. Swizzle Chill expects to bring you more news about this food hall later this winter.

This article was originally published in Swizzle Chill. See it in its original post here. 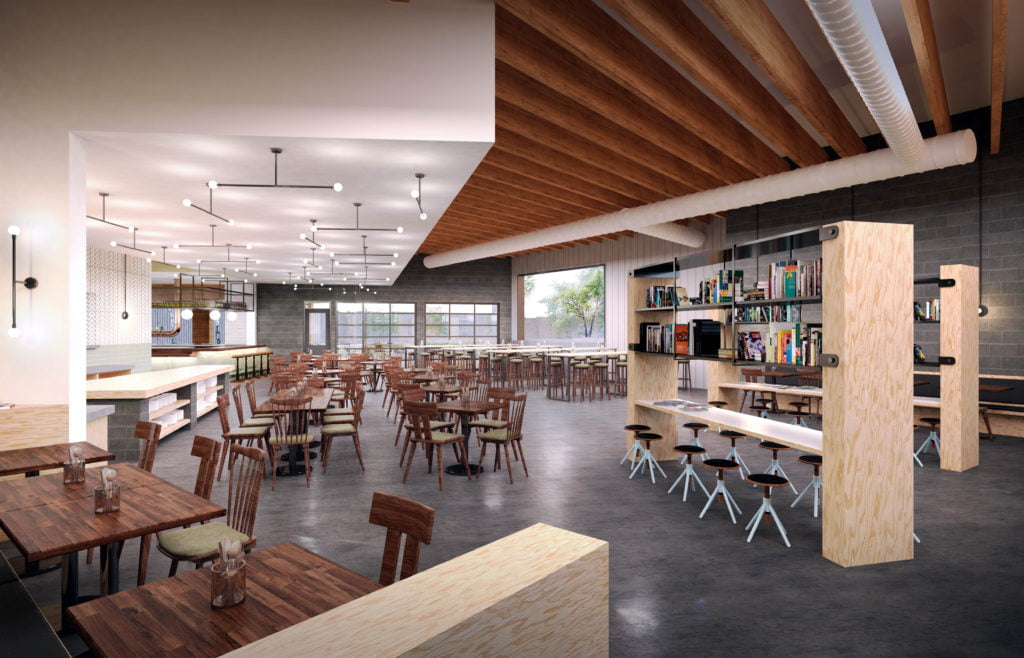