When a human organ is donated to a patient for transplant, it has to move between people. But that also requires a longer trip between cities, in which organs travel in a variety of vehicles, from car and train, plane, helicopter or perhaps more increasingly in the near future, drone.

But no matter what mode it takes, there’s a lot that goes into the journey to insure that it travels safely. After all, a human organ that is being given to help sustain life is among the most precious of cargo, so it can’t be dropped or harmed. And there are many stakeholders involved in this process, from donor organizations and couriers to surgeons and hospitals. Plus, arriving on time is crucial.

It’s the logistics behind these trips that is being tackled by a new Baltimore venture whose founders include an investor who built technology powering supply chain and logistics systems at Under Armour, a University of Maryland Medical Center transplant surgeon and a retired U.S. Navy commander and pilot with a background in manned and unmanned aviation, engineering and operations.

The venture, called MediGO, created a hardware and software platform that allows the stakeholders involved to track and monitor organ shipments and allows for communication, while using data to help further improve the trips.

With more transparency and speed, the goal is to create a reliable platform over time “that will expand the ability of people to have more transplants and save more lives,” said Scott Plank, the former Under Armour executive and brother of UA founder Kevin Plank who became a noted Baltimore real estate developer since retiring from the company in 2012. He is leading the company as CEO and backing it through Scott Plank Ventures.

Plank connected with the team that helmed the first drone flight to deliver an organ for transplant at the University of Maryland Medical Center in 2019 and was an investor in that effort (which won a 2019 Technical.ly Award). Plank and Dr. Joseph Scalea, an investor and transplant surgeon who led the project, soon decided to form a company that could tackle the logistics of transplantation that would help the organs get to labs like Scalea’s more efficiently, and the teamed with Anthony Pucciarella, the retired Navy Commander and pilot who is the company’s president.

“The Baltimore community has been incredibly supportive of us,” Dr. Scalea added.

The 15-member team is working out of space owned by Plank near a helipad on the Canton waterfront. Located on the water looking out at the port, Plank said, “we are standing on shoulders of giant logistics companies.”

Like many companies looking to build new technology, they sought to talk to potential users at the organ procurement organizations that arrange the transport as they created the platform. In this case, they interviewed all 58 of them, as well as transplant families, recipients and surgeons inside transplant centers. Backed by published research that was led by Dr. Scalea, the team learned that to bring new solutions to this transport, the key point to focus on was the workflow used by the stakeholders.

One critical component that the platform can improve is timing. Being able to understand an organ’s status and when it will arrive can help a tightly scheduled surgeon like Dr. Scalea know when he has to be in place to receive it, or whether he can be helping other patients. Currently, donors are monitored minute to minute after an organ is removed, and recipients are also closely watched. But the time during which an organ is being transported is a “black box,” Scalea said, and the platform can give insight into what’s going on. And when it comes to the quality of the shipment, the technology also includes tracking of the environment that it’s in, along with tracking the organ itself.

Gathering data and machine learning, the platform is also designed to help improve the process over time, bringing efficiency and eventually creating what Plank called an “AI-informed travel agent” that could offer the best routes for time, distance and potentially cost.

Key scientific advances have allowed animal organs to be transplanted into people, and the development of techniques that extend the life of an organ and 3D-printed organs. Dr. Scalea said this platform to help get the organs between two points is right up there with improvements that can change the transplant field.

“This is one of the most important advances in transplantation in the last two decades,” Dr. Scalea said.

The team is looking to expand use of the platform globally, and also sees opportunity to move into transport of other medical payloads, like human tissue.

This article was repurposed from Technical.ly. Read the full article here. 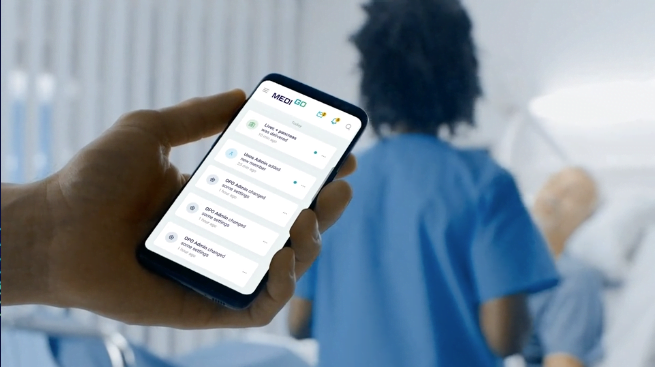