A Baltimore street artist is painting a new mural at The Hall CP.

Nether, who has done more than 100 murals mostly around Baltimore where he’s from, is using spray paint and paint sprayers to create a mural on the sides of the steel shipping containers that line the exterior of the College Park food hall and music venue. The project is slated to be completed in the next few days.

The mural will include native wildlife such as the cardinal as well as native plants including Maryland’s state flower, the Black-eyed Susan.

He told the Hyattsville Wire that he looks to create murals that reflect “the vibe of the area” and works to feature native species in his artwork. He said this is his first mural on the Route 1 corridor, although he has done two mural projects in D.C.

Next month, he will be doing more murals in D.C. for the district’s Murals D.C. program.

The new mural at The Hall CP is the second one in College Park to feature a Black-eyed Susan. The other mural, above Nando’s on Route 1, also features a Terrapin turtle and the endangered Baltimore Checkerspot butterfly.

This article was originally published on The Hyattsville Wire. To read the original article in full, click here. 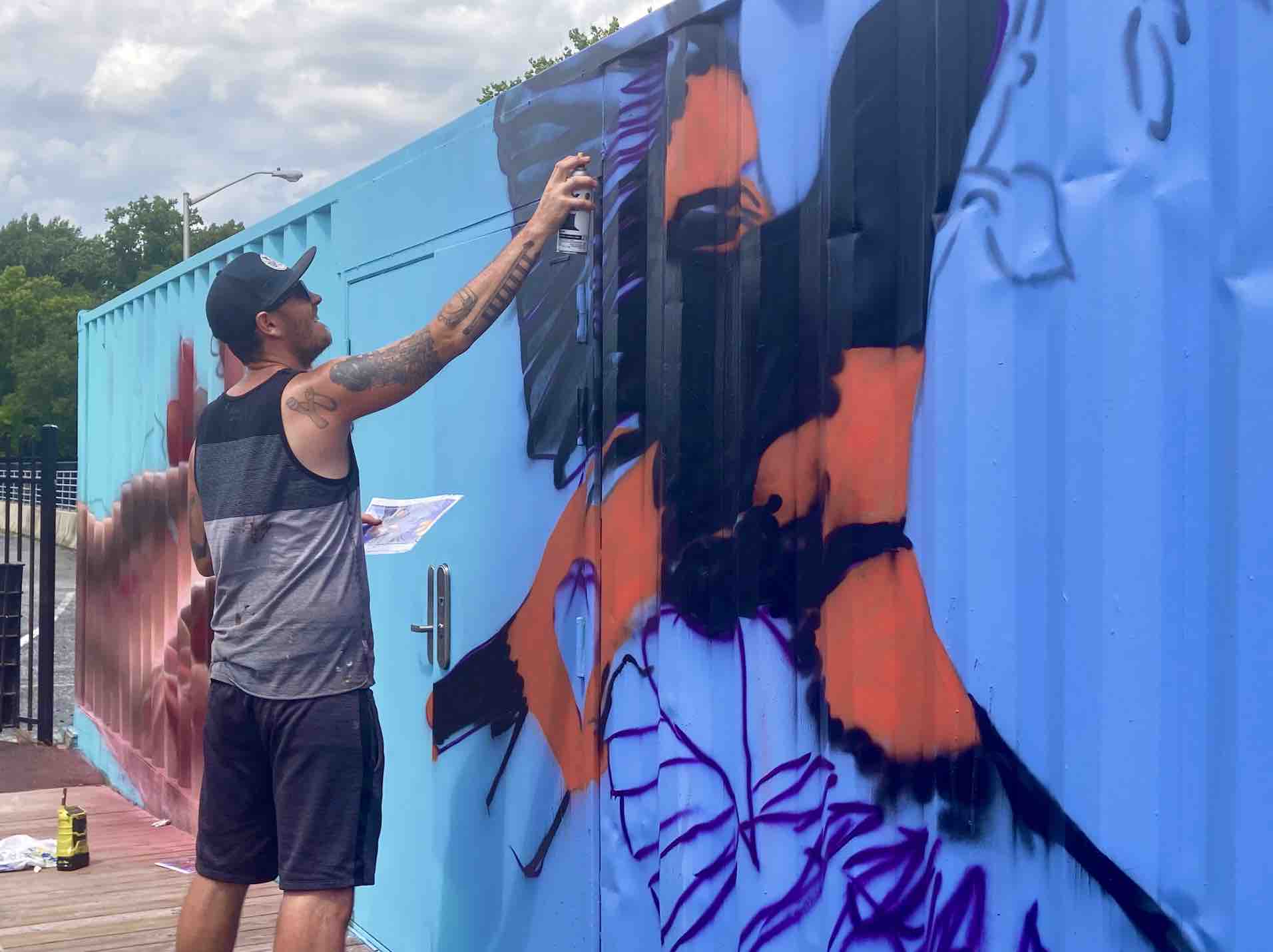