NAVAJO NATION (KRQE) – While COVID-19 cases once again rise on the Navajo Nation as the omicron variant spreads, one company is finding new ways to get medical supplies to remote and underserved areas. Next week, the Navajo Nation will get its first medicine deliveries via drone, reaching tribal members in need who may not otherwise have access.

“The headlines were, ‘Navajo Nation and Native American people were higher risk.’ And we really got a team together and figured out why is it higher risk,” said Mark Atlan, founder and CEO of ZappCare. “We put these scenarios together and connected the dots. Well, it’s because of lack of access to healthcare.”

Atlan is a member of the Apache Nation and grew up in Gallup. He’s now behind the mobile medical startup, ZappCare, with a founding team made up of fellow Native Americans.

“We’re beginning with a digital health platform, so, telehealth platform,” said Atlan. “Then vans, trucks, trailers. They’ll be equipped with doctors, nurses, and medical equipment to do eye exams and urgent care.”

They’re working on getting that basic preventative care to the Navajo people, hoping to eventually expand to services like dentistry and cardiology. Now, they’re even launching a drone service that will bring much-needed medicines and emergency supplies to those in remote areas of the Navajo Nation.

“Especially during the harsh winter months, we’ll deliver pharmaceuticals, medication such as insulin, hypertension medication, to individuals who can’t get out of their driveways or are in super rural areas,” said Atlan. “Maybe emergency kits, maybe food, maybe some water.”

Throughout the entire process, the ZappCare team worked with Navajo Nation Vice President, Myron Lizer. He calls the idea “out-of-the-box.” “In a pandemic, there’s just so much need,” said Lizer. “This health pandemic has really hit Indian country so hard.”

Lizer hopes others will also bring their innovative ideas to the Nation. In turn, he hopes they can also strengthen its economy. “I have a feeling there’s some other opportunities that those companies that are looking to move to another area,” said Lizer. “I really think it’s a great opportunity.”

ZappCare says they also plan to invest in the communities, hire Native employees, and give education and training for CDL and even drone piloting. Eventually, Atlan hopes to expand to communities beyond the southwest, keeping in mind the traditions and practices of the people they serve.

“This was really developed specifically for rural areas, Native Americans, and beginning with the Navajo Nation because it’s home,” said Atlan. “A culture-based healthcare, where our physicians understand the communities that they’re operating in.”

While ZappCare is starting off serving the Navajo Nation, they hope to eventually serve all 574 federally-recognized tribes in the U.S. The drone program, called Mission Healing Eagle Feather, will officially launch on Jan. 22.

This article was originally published on KRQE. To read the original article in full, click here. 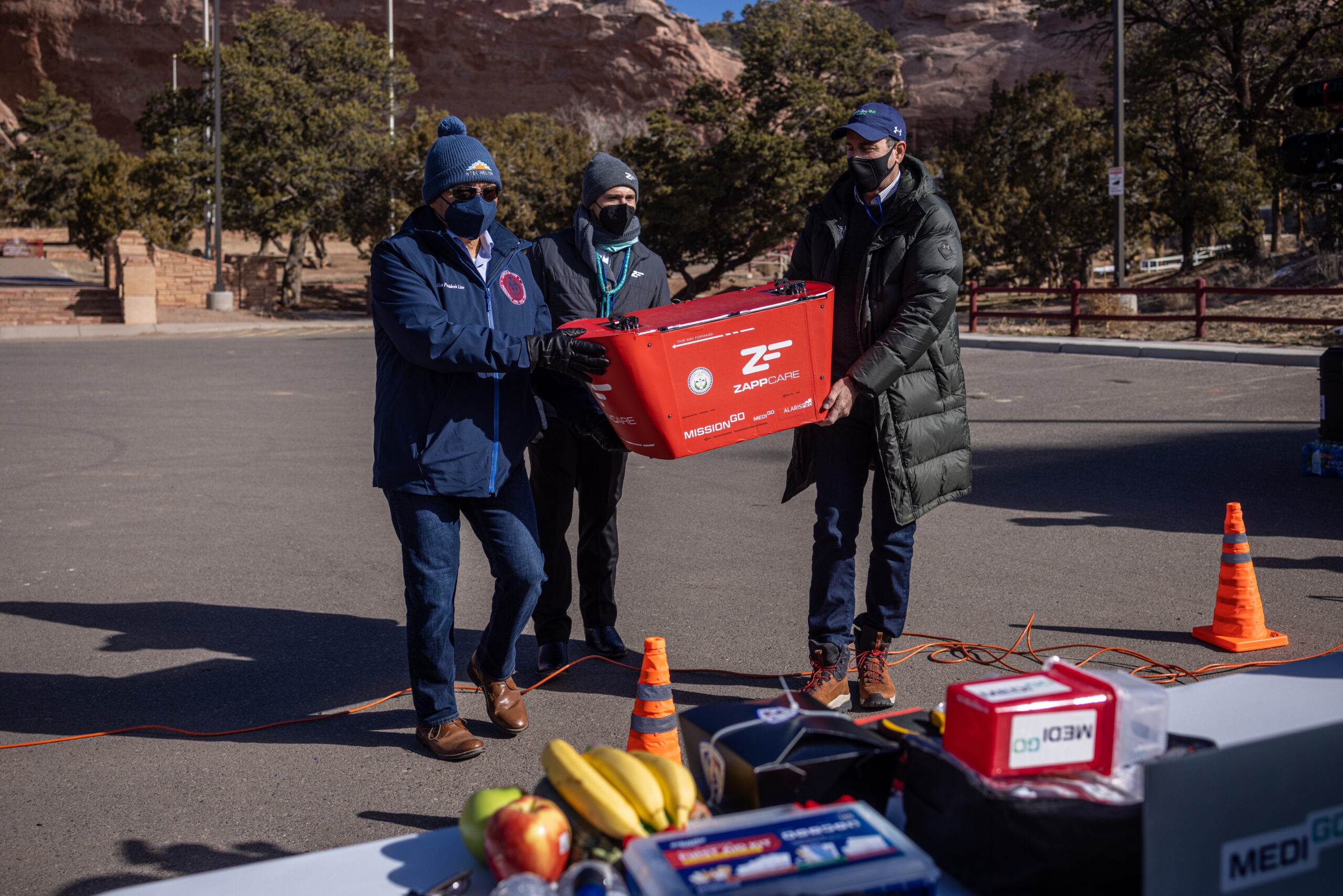