A sprawling, active marina, helipad and several other retail and restaurant properties on Canton’s waterfront were acquired last week by developer Scott Plank for more than $22.5 million.

Plank’s War Horse Cities made the purchase of the properties that include the famous Bo Brooks Restaurant as part of the Lighthouse Point and Baltimore Marine Centers portfolio sold by Selvin Passen, who has owned the waterfront real estate for more than a decade.

It adds to the War Horse holdings in the area that include stakes in the posh Sagamore Pendry Hotel in Fells Point and Anthem House in Locust Point, both of which opened over the past year.

Plank, a former Under Armour Inc. executive, said the purchase of the marina could figure into the future operations of the water taxi system on the city’s Inner Harbor.

The water taxi was purchased last year by Sagamore Ventures, an investment company owned by Plank’s brother, Kevin Plank, founder and CEO of Under Armour and is not affiliated with War Horse Cities.

While Plank declined to reveal the exact total of the transaction, he did say the portfolio has over 16 entities. It is known in the community as the Baltimore Marine Centers’ Inner Harbor West and Lighthouse Point locations.

“We think it’s a continued investment into the parts of the city where we can make a substantial difference,” he said. “It’s about bringing more people to town or bringing new things to folks already here.”

Plans for the future of the sites would be drafted over the coming months by War Horse Cities, Plank said.

“Getting this transaction closed was complicated, and now we will take the fall and winter and do a lot of planning and winter improvements. It will take a full business cycle to know what we really have,” he said.

“More importantly, it’s pretty nice what we’ve got: Bo Brooks, some retail, Canners Row, the heliport – the only active (privately owned) one in town, a store, a ‘boatel,’ so for us it’s a quality group of assets that have been run very well.”

Plank said he and other War Horse officials met with business owners and marina workers Tuesday to introduce their company and discuss the planning phase for the properties over the coming year.

“We were talking with them to help them understand who we are and taking the mystery out of the situation,” he said.

“The nice thing for us is we can be a leader to pull people together to create what I think will be a fantastic even more amplified experience for boaters coming into the harbor. It’s important for the success of the city.”

Passen said in a statement he believes War Horse will continue the development success he had overseen at Lighthouse Point.

“I have been committed to the City of Baltimore and these important assets for many decades. I am both excited and proud for the next generation of investors and developers to drive these assets for our customers,” Passen said.

“War Horse Cities is one of the only firms we considered for this portfolio, given their roots in Baltimore and strong track record of community-based execution.”

Earlier this year, War Horse Cities’ nonprofit entity completed renovations of the Western Police District in Sandtown. It is also working on a redevelopment project for the Hollins Market and surrounding community off of the Martin Luther King Boulevard in southwest Baltimore.

This article was originally published in The Baltimore Business Journal on October 25, 2017. See it in its original post here. 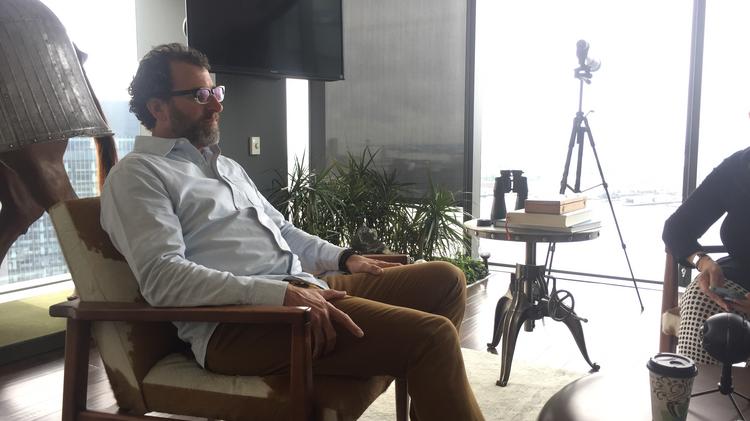