For the last 35 years, the Sowebo Arts and Music festival has marked the start of Betsy Waters’ summer.The 62-year-old resident of Southwest Baltimore has attended the event every year since it began in 1983. She and her husband have operated booths at the festival. Their daughter, now 30, was just three weeks old when she joined in the family tradition for the first time.

Sowebo — which stands for Southwest Baltimore — is intended to introduce people to a diverse and eclectic part of the city, organizers say. Residents say they love that their neighborhood is home to a mix of people of different races, ages and backgrounds.

“It lets you understand what it’s like to be hugged by the city,” said marketing co-chair Aquilina Faginas.

To mark its 35th year, the festival offered a discounted rate for vendors to rent space — $35 for city artists who signed up before April 20. Organizers wanted to boost the number of craftsmen showing their work and “reinvigorate” the festival, the size of which has ebbed and flowed over the decades.

Artist Coley Arrington came for the second year in a row to sell his work, which depicts famous figures like Michelle Obama and Martin Luther King Jr. He said it was a much cheaper registration fee than other festivals he’s done in the city, providing an incentive to come back.

It was the first time that vendor Caroline Gomes attended a festival to market her handmade silver jewelry. Gomes, who until recently worked as a mental health therapist, centers her work around multicolored stones she picks up during her travels to Brazil, the Dominican Republic, Peru and other countries.

She made her first-ever sale, a turquoise ring, early Sunday afternoon.

“It was my favorite ring, so I was like, of course it was the first one to go,” she said.

Lindsay La Rue and her 3-year-old daughter Zoey spent the afternoon on the “kids alley” — a stretch of booths where kids could color, create hats and hula-hoop. The family moved from Chicago to Baltimore in September.

“We’re really interested in city life and we were drawn to Baltimore for this reason,” she said. “These events are a good way for us to get to know the community better.”

At future Sowebo festivals, the Hollins Market site at the center of the event will look much transformed. Scott Plank’s War Horse Cities plans to redevelop it, giving the space a modern design with community areas for movies, concerts and a farmer’s market.

Established in 1846, Hollins is the oldest of Baltimore’s neighborhood markets.

The redevelopment is part of a larger effort to boost that section of Southwest Baltimore. Lou Packett, who is on the board of the Southwest Partnership, said the organization’s vision for the neighborhood is starting to be realized.

“The diversity of the festival,” Packett said, “is indicative of what we’re really striving for as our vision for this neighborhood.”

This article was originally published in the Baltimore Sun on May 28, 2018. See it in its original post here. 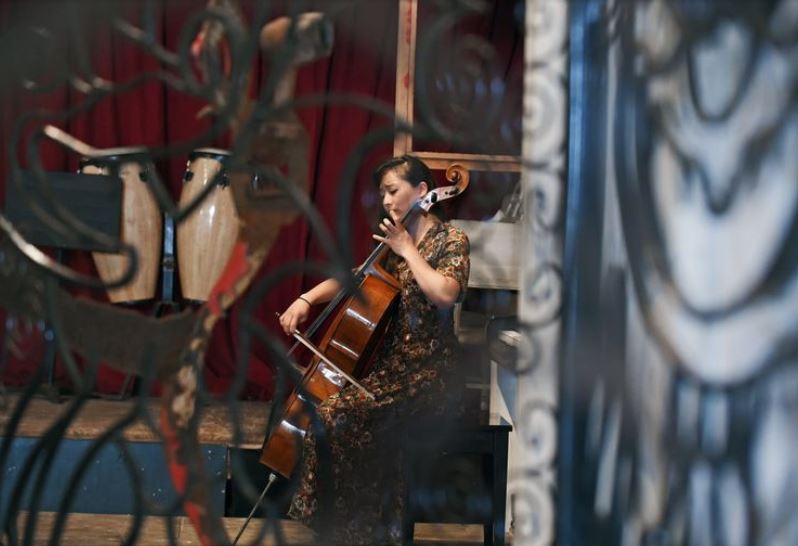