All of the homes in Hollins Square Homes are within a block of the Hollins Market. War Horse Cities’s non-profit arm, War Horse CDC, is planning an approximately $2-million redevelopment of the Baltimore City-owned market. This project is currently in the design phase and could begin construction later this year.

War Horse has committed upwards of $6 million to date in the Hollins Market neighborhood and plans to spend roughly $20 million in the community.

War Horse recently took down some dilapidated buildings on the 1200 block of Hollins St. In their place, Hollins Square Homes will construct 10 garage townhomes. The 1200 block of Hollins St. is the connection between the Union Square neighborhood and Hollins Market. War Horse Director of Design and Development Jim Mills told SouthBMore.com that Union Square residents were really excited to see those buildings come down.

New homes in Hollins Square will have starting prices ranging from $308,000 to $324,900. There will be two- to four-bedroom options, and add-ons including rooftop decks. The homes range in size from 1,890 sq. ft. to 2,174 sq. ft. They will qualify for a five-year new construction tax credit.

Mills said the look of the new homes will be “unique and interesting.”

Ten of the homes are expected to deliver this fall, and the six new homes on the 1200 block of Hollins St. will be finished around spring of next year.

Mills noted that Hollins Square Homes is not a rebranding of the Hollins Market neighborhood, but just a home-building entry.

War Horse is hoping buyers will to take advantage of The University of Maryland, Baltimore’s (UMB) Live Near Your Work (LNYW) Program which Hollins Market qualifies for. University employees will qualify for a $16,000 grant from UMB and a matching grant of $2,500 from Baltimore City.

All of the homes are listed with Ron Howard & Associates with RE/MAX Preferred.

War Horse plans on rolling out additional phases of for-sale homes in the coming years.

War Horse has also purchased many mixed-use buildings in Hollins Market. War Horse is hiring a retail consultant to mange the leasing of retail spaces and will be launching a landing page for the rental units it has renovated in Hollins Market.

War Horse also has the rights to a City-owned parking lot adjacent to Hollins Market at Hollins St. and S. Carrollton Ave. The company plans on cleaning up this space and using it for parking, but also for community events such as concerts and outdoor movies.

Another component to War Horse’s involvement in the Hollins Market community is working with the City to improve street safety, lighting, beautification, wayfinding signage, and public transportation.

“The thing that attracted Scott Plank in the first place to Hollins Market is that it seemed like such a solid community, there are so many legacy residents,” said Mills. “Our overall focus is strengthening the existing mixed-income community.”

A block north of Hollins Market is W. Baltimore St., a commercial corridor that has struggled in recent history with many vacant store fronts and distressed buildings. Mills said that War Horse is hoping to see improvements along W. Baltimore St. and to engage with many of the building owners.

This article was originally published on SouthBmore.com on April 16, 2018. See it in its original post here. 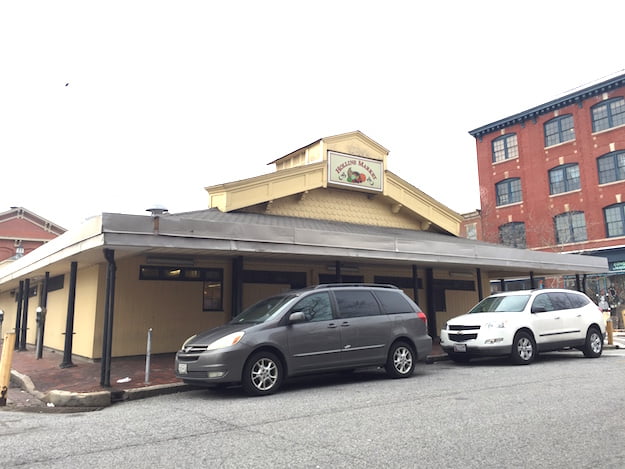