Opportunity zones have been part of the U.S. tax code for just over a year, yet they still haven’t been fully defined. Seen from one angle, the climate is that of a waiting game; from another, a buzz of activity.

The state of Maryland and Baltimore City have established operations to facilitate investment in opportunity zones as a way of both making their respective jurisdictions more attractive to investors and of finding potential investments that would most benefit the residents living in the zones. Baltimore Mayor Catherine Pugh believes the city is ready to help facilitate investment in the zones. Of course, readiness means something different to the public sector and the business community.

The vast amount of capital that is eligible to obtain the tax benefits of opportunity zones — institutional investors and private equity funds — can do little but wait, as crucial elements of the policy remain undefined. So far, the only type of opportunity zone investment straightforward enough to feel safe despite the unsettled regulations is for a Qualified Opportunity Fund that invests in a single real estate property, according to Maryland Department of Housing & Community Development Director of Strategic Business Initiatives Frank Dickson. Most often, a fund is set up and operated by a single investor, as anything more complicated enters a gray area. “Most normal funds invest in multiple assets, and [it hasn’t happened with opportunity funds] because the legislation isn’t totally clear over what the ramifications are if a fund with multiple assets sold one asset — how they would deal with the returns and how that would affect the existing assets they have in the fund,” Dickson said. “[A single-asset fund] seems to be the cleanest way to execute the transaction.” Prudential Financial’s investment into MCB Real Estate’s Yard 56 project in Greektown is an example of what is on solid ground, in addition to an encouraging sign that out-of-market investors could be enticed by opportunity zones to invest more in Baltimore. Local firm War Horse Cities has also set up a fund for a property it is developing in the Hollins Market neighborhood. “I’ve been solicited by other people to invest in opportunity funds as well, but I don’t think the rules and regulations are clear enough for that,” War Horse founder Scott Plank told Bisnow. “The fund we’ve created, we’re the only investor in the fund and it’s a single-asset fund … The rules and regulations aren’t set yet, so we’re uncomfortable taking other people’s money right now.”

A common refrain since the legislation was passed is that the capital gains tax breaks offered by opportunity zones are not enough to make a bad deal into a good one, a sentiment with which both Plank and Ballard Spahr Tax Credits Team Leader Molly Bryson agree. But the zones can make a material difference. War Horse Cities had assembled and carried out some improvements to its Hollins Market project through its not-for-profit community development corporation when the opportunity zones were designated. Now, the CDC plans to sell the assemblage to a third-party opportunity fund. If the project can deliver real returns with the help of the tax break, then the area becomes an investment target for all forms of capital, rather than only philanthropic or social impact funding. “We have been involved in deep urban development of overlooked and disadvantaged neighborhoods, and it’s always challenging,” Plank said. “The opportunity zone legislation will allow us to offer what we consider really good investments to a broader group of investors, which gets more people interested in West or East Baltimore.” Bryson believes there is a chance that, with the assistance of local or state incentive programs, a development or investment that would otherwise fall just short of penciling could be taken over the line. But purely profit-driven players could stick to those opportunity zones that qualified due to being adjacent to a low-income census tract, rather than being low-income itself. Certain tracts are often already in the midst of redevelopment initiatives, such as a large portion of Baltimore’s Inner Harbor. For anywhere else, investment will still likely come from “mission-driven” investors concerned with social impact, like Prudential Financial Impact Investments, the fund that Prudential used to buy into Yard 56, Bryson said. The hope is that opportunity zones inspire more investors to look at social impact. “Currently, a lot of investors in low-income tax credit projects are institutions that don’t have huge capital gains,” Bryson said. “So hopefully this opens up more opportunities there, and for those on the private equity and fund side that do have capital gains, the idea would be to get them more interested in social impact than they otherwise might [be].” Most funds that have already been created have expressed a desire to focus on specific regions, according to Bryson. But some indicators may give hope that the biggest, deepest-pocketed players could join the fold at some point. In September, JPMorgan Chase announced a $500M social impact fund, and while that has no stated affiliation with opportunity zones, the relationships it promised to develop to place those investments can only be a good thing. “Introducing a new class of investors to social impact investing and directing it to where communities need [will be] an important job of local governments and nonprofits,” Bryson said.

Dickson’s department within DHCD is expending a lot of energy into establishing itself as a liaison between investors and opportunity zones. The department now features an image promoting its information portal at the top of its website. “It’s a similar concept to Zillow that enables businesses and projects to list themselves so that they can let anybody who goes to the exchange know that they are seeking investments, investment in their projects, or that they’re seeking tenants in those projects,” Dickson said.

At the city level, Baltimore Development Corp. Opportunity Zones Coordinator Ben Seigel does roughly the same thing, and the two are in “frequent contact,” Dickson said. As the law stands now, there is little actual control the government can have over how opportunity zone investments are distributed and who sees financial benefit. The best public officials can do is be proactive, dangling a carrot when there is no stick to be found. In the spring, Pugh announced a $55M Neighborhood Improvement Fund to provide loans as “high-risk capital to bridge gaps and close deals” for developments in certain targeted areas of the city, Seigel said. “We’re looking at how we can be creative to leverage a range of capital sources to build a capital stack that would be attractive for opportunity zones,” Seigel said. Seigel confirmed to Bisnow that NIF investments would be used to encourage opportunity zone investment, with 32 of the city’s 42 opportunity zones sitting entirely within NIF districts, and eight more sitting partially within them. Gov. Larry Hogan has set aside $57M in Maryland’s next state budget to encourage opportunity zone investments with a combination of tax incentives and job-creation programs, which Dickson will have a hand in awarding. The budget has yet to be ratified and would take effect on July 1, and Dickson is not sure how much money would go directly to his office. Whatever funds do come to DHCD would not be directed to specific areas like Baltimore City. “Personally, we wouldn’t [guide investment] because if we do that, other communities would ask why we weren’t investing in their areas,” Dickson said. “The folks on the ground are gathering support for the projects they want to advance, and as they’re doing that, they’re communicating with our office to see if some funding would be applicable to their projects.” Despite attempting to remain geographically agnostic, DHCD will still prioritize its budget, such as the limited number of low-income housing tax credits it awards per year, based on the impact it could have on a disadvantaged neighborhood. And with a plurality of Maryland’s 149 opportunity zones in Baltimore, the city stands to see a significant portion of state assistance. “If you think about it from an economic impact perspective, certainly more dollars will flow into Baltimore City on an aggregate basis,” Dickson said. “For better or for worse, Baltimore City has more low-income census tracts than other jurisdictions.” The BDC has boots on the ground in opportunity zones soliciting opinions from community organizations and citizens for what they feel is needed to improve a neighborhood. With so many neighborhood improvement programs and tax breaks focused on housing, the open-ended nature of opportunity zones is appealing to investors and communities alike, according to Plank. “The federal government had previously never considered investing in disadvantaged neighborhoods unless it’s [for] housing or historical buildings,” Plank said. “It’s a watershed [moment] that they’re considering other asset classes, so we can fund what a neighborhood needs.”

The BDC’s educational objective flows both ways, as it is also hosting meetings to teach those same community groups what investors look for in a project as a way of shaping local expectations and smoothing relations between the two sides. “This starts on the investor side,” Seigel said. “It’s a provision organized for investors of capital gains, so we have to be mindful of that. It’s not a government program; it’s a private sector-driven provision of the tax law. So it’s critical that we start from the perspective of the investor and what they would be interested in investing in.” For now, those interests are restricted, not only in terms of how funds and investments can be structured, but in where investments can go.

A large portion of the opportunity zone program is devoted to investing in businesses located in opportunity zones, not just property. Yet that may be the most ill-defined part of the law, which investors are the least comfortable with. “The primary concern at this stage is the regulations that relate to operating businesses, in terms of what part of the business an opportunity fund can invest in,” Seigel said, adding that current guidelines state that at least 50% of a business’ revenue has to come from within opportunity zones to qualify for the capital gains tax benefits. “That makes it difficult for small tech firms or companies that don’t really do business like that, whether [their revenue comes from] online or business-to-business.” Questions ranging from how to reinvest within opportunity funds, what type of improvements must be made on a property and so on will remain unanswered until the government shutdown ends and the IRS can hold its final hearings to discuss the comments it has received and finalize the regulations. As the shutdown drags on, it also introduces more questions about the window of time in which capital can be deployed to maximize the amount of capital gains tax that can be deferred. So far, nobody interviewed from this article expressed deep concern over how the delay will impact opportunity zone investment. “A lot of people have been talking about [the shutdown],” Seigel said. “I haven’t noticed anyone putting their foot on the brakes quite yet.”

This article was originally published in BisNow on January 22, 2019. See it in its original post here. 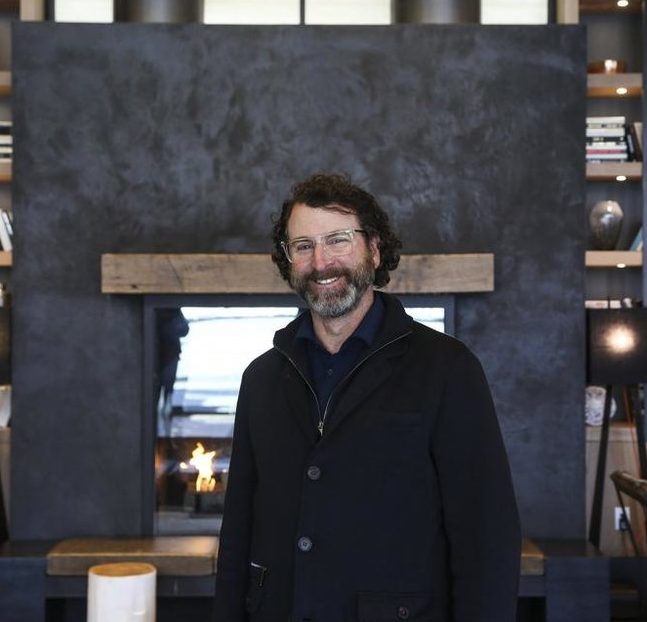