Plans to develop 16 new rowhouses near Hollins Market and Union Square are set to launch this year.

The homes will be the first new construction of residential units in the blighted city communities in 50 years, city planners said Friday.

“There’s some really exciting things going on,” said Eric Holcomb, executive director of the city’s Commission of Historic & Architecture Preservation, or CHAP, division. “Union Square has always been that neighborhood that almost makes it and then goes down. There’s a lot of really interesting things happening there now.”

War Horse Cities Development is scheduled to present initial plans and concepts to CHAP on Feb. 12 for development of 10 new rowhomes at 1216-1226 Hollins St. and 14-20 S. Stockton St. in the Southwest Baltimore community. War Horse purchased the properties piecemeal over the last year and a half, state records show.

Another set of six new rowhomes are also planned to be built by War Horse nearby at Hollins and Arlington streets, he said. Those plans have already been approved by the city’s Department of Planning and are moving forward this winter.

Walter Gallas, a city planner who oversees Union Square, said designs for the rowhomes show three-story dwellings with some offering parking in the rear of the home.

“They are going to be a contemporary interpretation of the rowhouses on Union Square,” Gallas said.

Plank is also planning to overhaul and modernize the Hollins Market under a $6 million project under an agreement with the city. Those plans were stalled last year amid a dispute over public funding for the project.

This article was originally published in the Baltimore Business Journal on February 1, 2019. See it in its original post here. 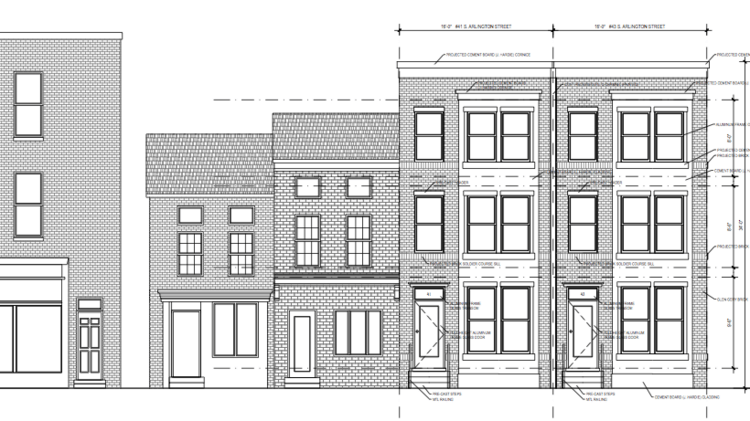