Broadway Market’s north half to reopen this month

The new-look, modernized north shed of Broadway Market will reopen by the end of the month.

Three long-time tenants — Vickki’s Fells Point Deli, Sal’s Seafood and Sophia’s Place European Deli — will reopen in inside the new space in about 10 days after much of a $3.2 million renovation there begins to wrap up.

Seven additional vendor spaces are still under construction and will open by early April, said Stacey Pack, project manager for the Baltimore Public Markets Corp. who is overseeing the work. The market will be open for business seven days a week, opening at 8 a.m.

“There’s an industrial vibe and the architectural team did an amazing job — this building has some spectacular bones,” Pack said. “We’ve opened up the windows and they allow the beautiful light in.”

The redevelopment of the 17,600-square-foot Fells Point landmark began last year and the entire shed was gutted by August.

The challenge of redesigning the north shed centered on its vacancy for about a decade and a need to update its infrastructure and give it a new look.

That started with a new entry off of Fleet Street set off by a charcoal color that differs from the red brick facade of the market. Large new windows have been installed along Broadway with new and modern fixtures inside. A 100-seat open courtyard is also in the works to replace a former parking lot south of the market.

The north shed redevelopment will be followed by a conversion of the larger south shed building into a 275-seat indoor and outdoor crab house and fish restaurant. The Choptank is expected to open by the Atlas Restaurant Group and Captain James Landing seafood restaurant by Memorial Day.

“We are hoping it will have a positive impact on the neighborhood and will be a draw for the community,” said Kelley Heuisler, president of the Fells Point Main Street group and owner retailer Poppy & Stella. “We are excited to have the old vendors open up again and greet the new vendors.”

The work on Broadway is being done as part of a quest to rejuvenate several of Baltimore’s public markets.

A renewal of Cross Street Market by Caves Valley Partners is underway and it is expected to reopen later this year. Plans are also in motion to raise funds to redevelop Lexington Market and a redevelopment of Hollins Market in West Baltimore is also in the works by the city and developer Scott Plank.

This article was originally published in the Baltimore Business Journal on February 20, 2019. See it in its original post here. 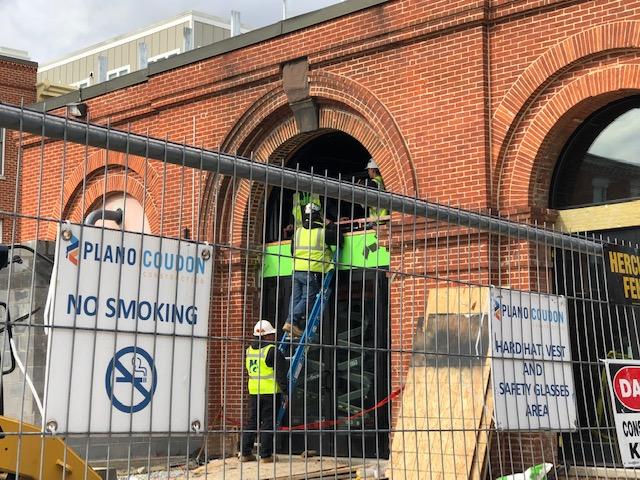