The Baltimore developer this month inked a deal with Colliers International Leisure Property Advisors to attract new capital and management expertise for the marinas Plank purchased as a portfolio two years ago for $55 million, well above the original reported price of $22.5 million.

Part of the plan is to inject new capital into the marinas so a portion of the largest one, Lighthouse Point, can be expanded with a mixed-use development on what today is a flat-surface parking lot off Boston Street. That development is in the planning stages now and would include luxury residential units “that could have significant benefit to the owner of the marinas,” a Colliers brochure said.

“It would be some fashion of retail on the bottom and residence on the top,” said Dan Grovatt, director of Colliers International Leisure Properties Advisors, based in Tampa, Florida.

“With over 650 total slips, the marina portfolio presents a rare opportunity to control most of the rentable slips in one of the most popular boating locations on the Chesapeake Bay, the Inner Harbor of Baltimore,” the brochure said. “As one of America’s oldest seaports, the Inner Harbor has long been considered a destination for boaters on the east coast of the country and is frequented by both transient yachts and local Chesapeake Bay area boaters alike. Opportunities to acquire this size and scale at the heart of a historic metro harbor district are rarely available.”

The largest marina, Lighthouse Point, is located off Boston Street in Canton and includes the 1,600-square-foot Bo Brooks Restaurant and Baltimore Marine Centers.

Plank acquired the portfolio from Selvin Passen, who had owned the waterfront real estate for more than 10 years. The portfolio has over 16 entities, and Plank has spent the past 24 months installing upgrades like high-speed fuel pumps, renovating a private swim club and building a boater’s lounge at some of the sites. The portfolio includes a heliport and marine maintenance shed at Pier 7, south of Canton Crossing as part of the Baltimore Marine Centers.

Plans for Lighthouse Point would include replacement of the marina there, said Amy Larkin, a War Horse spokeswoman. The property sits on 26 ares and has 466 boat slips alongside the Chesapeake Yacht Center and MarineMax.

“Since we are not marina developers, it makes sense to involve a group with that competency,” Larkin said. “We are grouping the two smaller properties in the offer to increase the scale of the project for the potential investor. The financial structure of the deal will be determined as we move forward with interested partners.”

Grovatt said his three-person team will be seeking an equity investor for the War Horse Cities portfolio over the coming six months and present proposals to Plank and Steve Jennings, CFO at War Horse Cities. There was no threshold for the investment and Grovatt said War Horse is open to all offers.

“The details remain to be seen. We’ve been engaged to determined the best outcome,” Grovatt said. “It might be in the form of somebody coming in and outright acquiring the marinas — that’s a possible outcome, but it’s unlikely. The War Horse team wants to be involved in the development there and it is really going to require somebody that is willing to be more creative and a partner of theirs on the greater project.”

This article was originally published in the Baltimore Business Journal on October 31st, 2019. See it in its original post here. 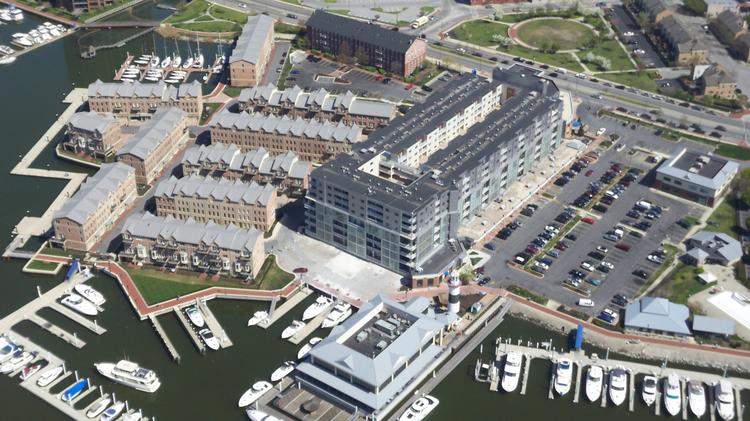