Look for developer Scott Plank’s signature to continue on the waterfront in the coming year.

His $22.5 million acquisition of a 16-entity portfolio that includes a marina, helipad and several retail and restaurant properties in Canton in October further elevated his War Horse Cities onto the radar screen of ongoing big redevelopments in Baltimore.

The Canton properties are high profile: they include 800 boat slips, office space, a helicopter and boat fueling station and Bo Brooks Restaurant, located in the Lighthouse Point and Baltimore Marine Centers’ compound. The properties were unloaded by Selvin Passen, who has owned the real estate for more than a decade.In the coming year, Plank said he and his staff will embark on a strategy to upgrade and retool the waterfront in the city’s southeastern corner. He said that should take “a full business cycle” of time, including interviews with existing business owners at the site.

In 2017, Plank and War Horse were partners with his brother, Under Armour CEO Kevin Plank, in the unveiling of another city waterfront landmark: the March opening of the redeveloped Sagamore Pendry Baltimore in Fells Point, the 128-room hotel with a posh ballroom on the second floor and a restaurant facing Thames Street.

War Horse is also a partner with the Bozzuto Group in the newly opened $100 million Anthem House apartment development, and the $23 million Alta47 town home project in Locust Point. Both projects are a sign of changing times in the South Baltimore neighborhood, now home to a mix of high-end housing, retail and the headquarters of Under Armour.

In the coming year, Plank said he is moving on another community development project, across town from Canton.

His $6 million bid to redevelop the 17,128-square-foot Hollins Market near Poppelton in West Baltimore was given the nod by the board of the Baltimore Public Markets Corp.

Look for that project to begin to move forward in 2018 if the city can provide a percentage of the funding, as pledged. He has also purchased several residential and small business properties surrounding the market and is planning to build new housing units there.

This article was originally published on the Baltimore Business Journal on January 5, 2018. See it in its original post here. 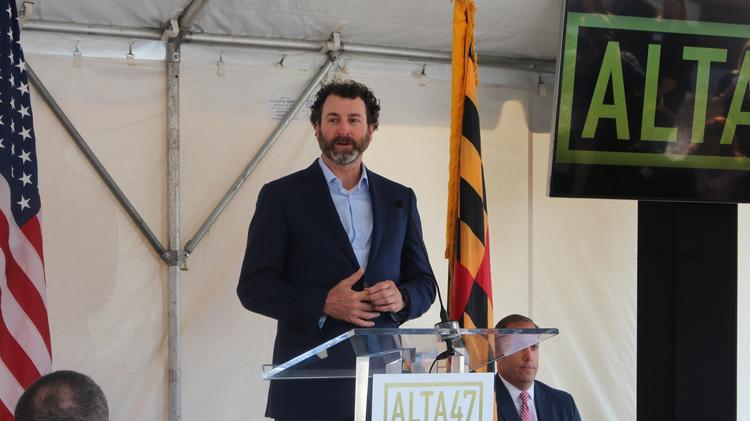