According to War Horse Cities Director Jim Mills, the WeWork hub is surrounded by several buzzy new developments in College Park, including the adjacent Hotel at the University of Maryland (a Best Real Estate Deal of 2017 honoree) and Capital One’s forthcoming Innovation Lab.

WeWork University of Maryland is a major component of the Discovery District portion of the university’s Greater College Park initiative, a $2 billion public-private investment to revitalize the Baltimore Avenue corridor and campus.

What’s one thing most people don’t know about this deal? WeWork is traditionally located in dense urban areas. They were unsure of the potential of being located on a college campus. There was a reluctance to stray from their traditional model. Because of Chesapeake Realty Partners’ special relationship with WeWork, there was a willingness to explore this opportunity. WeWork concluded that the diversity of businesses, startups and industries that surround the University of Maryland campus were hungry for collaborative coworking space.

If you could change one thing about this deal, what would it be? Based on lease-up and interest over the first few months, all parties agreed that we should have done a larger facility with more options like expanded office offering with makers spaces, wet labs, computer labs and more flexible office sizes that are synergistic with the companies leasing in the space. Private offices have filled up very quickly and it is clear that there is a strong need for two- to four-person spaces for startup and young businesses.

“Having a WeWork office in College Park, in partnership with our flagship University of Maryland College Park, provides young companies with the opportunity to grow right here in Prince George’s County. We salute WeWork in recognizing the significance of our County’s start-ups and innovation community, and welcome them whole-heartedly to the Crown Jewel of Maryland-Prince George’s County.”

Lease value: Did not disclose

This article was originally published in the Baltimore Business Journal on April 25, 2019. See it in its original post here. 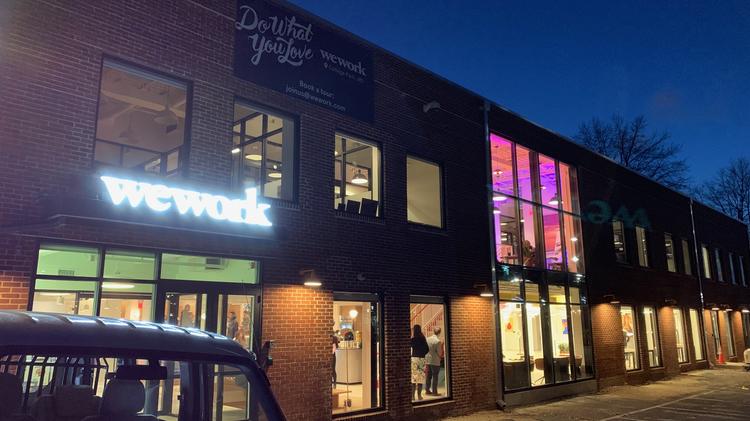