Scott Plank purchased a 15-entity portfolio from the Baltimore Marine Center because he saw a vision for revitalizing the waterfront—now, the thriving Lighthouse Point and surrounding areas are demonstrating the potential of the Canton-area waterfront and confirming how thoughtful investment can have limitless possibilities for a city.

When Scott Plank’s development and investment company War Horse Cities purchased 15 properties along the Canton Waterfront in 2017, it was with the intention of reinvigorating an area with incredible potential and charm. Offering amenities for both tourists and Baltimore locals to enjoy, the waterfront was the ideal location for the War Horse Cities team to invest in and develop. Now, future development initiatives are in the making, including a future mixed-use space in Lighthouse Point.

Included in the property acquisition were three marinas—the Inner Harbor, Harbor West and Lighthouse Point Marinas—as well as a myriad of waterfront businesses flanked by a dry storage unit and a helipad. The marinas acquired in the portfolio house approximately 800 boat slips used for large yachts, fishing boats and other recreational vessels. In addition, a property acquired in Lighthouse Point includes Swim Club, an upscale urban resort featuring private cabanas, deluxe dining options and access to a luxurious pool with impeccable views of the harbor. Swim Club, formerly a membership pool, lacked a restaurant and other amenities that the exclusive resort now boasts—after War Horse Cities purchased the pool, the development team got to work and transformed the space into the luxury resort it is now.

It is no question that revitalizing the Baltimore waterfront is beneficial for the local community as well as the tourism industry. In 2019, 26.7 million individuals visited Baltimore, with leisure spending making up 76% of visitor spending. A significant portion of these visitors want to see what the harbor area has to offer. The Baltimore waterfront is not only a fixture for locals but a tourist destination that will attract more visitors as it continues to be invested in. Providing upscale retail and restaurant opportunities with a beautiful waterfront view will attract foodies, tourists and local lovers of Baltimore to a once-disinvested area and provide the local community with upgraded and entertainment-driven amenities. For example, the upgraded Swim Club now offers an assortment of membership packages for Baltimore individuals, couples and families. While Swim Club offers these convenient and upscale amenities for Baltimore locals to exercise, the adjacent marina offers a space for boaters traveling to the area to dock and relax in the marina and at Swim Club.

Scott Plank’s War Horse Cities have several future-focused initiatives in the making. The team is currently in the planning stages of making a significant capital investment in the marinas to expand Lighthouse Point with a new, mixed-use development on what is currently a parking lot. This initiative will also include the development of luxury residential units and an assortment of retail opportunities. War Horse Cities is partnering with Colliers International Leisure Property Advisors to attract management and capital expertise to bolster the development actions.

Investment initiatives in other waterfront properties, as well as areas throughout the city, signify how thoughtful property upgrades are advantageous for the city and those who live in it. For instance, plans to revive the over 100-year-old Hanover Street Bridge that connects the Brooklyn neighborhood to Baltimore City over the Patapsco River will optimize the area’s transportation and recreational potential. The current bridge will be converted into a pedestrian-friendly, activity-rich amenity. The plans for the bridge’s construction include adding spaces under the archways for community gathering, games, walking and riding bicycles and other activities. The revival of the Hanover Street Corridor, which includes the addition of a pedestrian and bike lane, is just one of the many projects spearheaded in the city to enhance the waterfront living experience for residents.

In addition, the Sandlot, a beachy outdoor restaurant and bar with waterfront views, opened in 2017 and has since served as a summer destination for families and millennials looking for a lighthearted yet sophisticated outdoor venue. The Sandlot, which brings a piece of the beach to Baltimore City, helps contribute to the rapidly expanding waterfront area. South Point, which is a seasonal, outdoor entertainment area located in South Baltimore, was established in a once-underutilized space and now serves as a relaxing and reimagined space for visitors to eat, drink and play.

“Investing in Charm City means taking a place with incredible potential, like the historic Baltimore waterfront, and transforming it to meet the current and future needs of the city,” said Scott Plank regarding the acquisition and development of the waterfront, “That is the basis of impact investing: developing a space with an intentional and sustainable mindset for the overall betterment of the community.”

Scott Plank, along with his dedicated team at War Horse Cities, understands the value of smart investment for a greater good. The Baltimore waterfront has seen the city change and shift throughout the years, and it is imperative for this piece of Baltimore history to shift with its surroundings and meet the needs of those who live, work and visit the area. Ultimately, smart development of the waterfront propels this Baltimore fixture into a positive spotlight, contributes to economic growth in the city and is a means of giving back to the businesses, families and individuals who make Baltimore home. 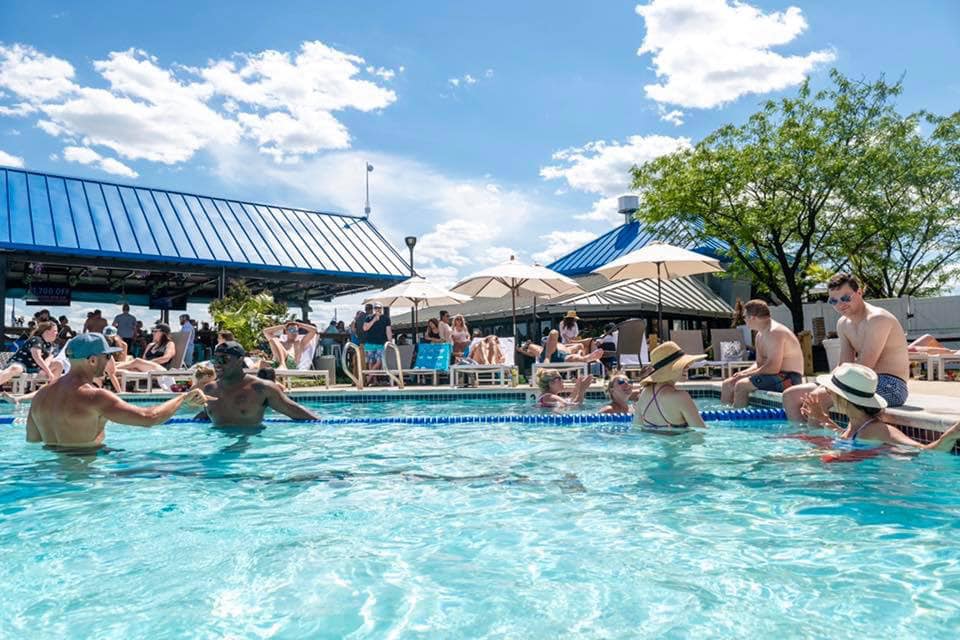